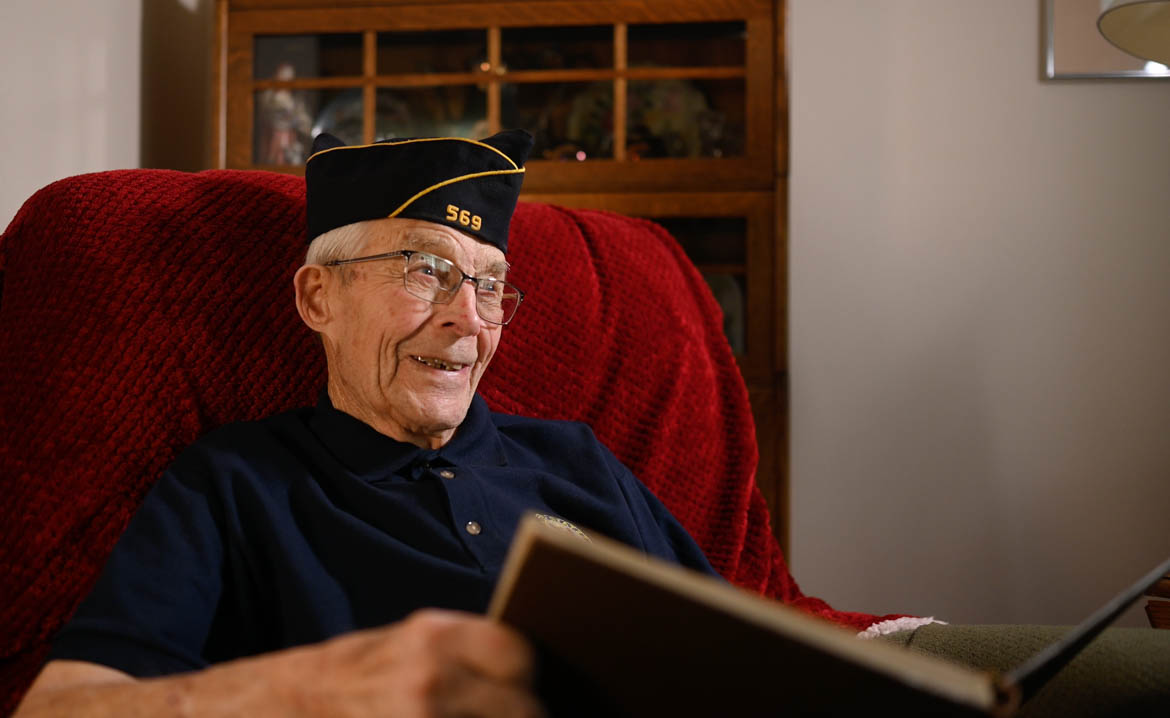 In the early morning of March 24, 1945, the crew of the USS Nevada, a Navy battleship, was awakened by the sound of seven kamikazes mounting an assault on the ship.

One of the sailors aboard that ship was Stacyville resident Alex Blake.

“I was scared,” Blake said. “If you weren’t scared, you were crazy.”

One of the planes crashed on the top deck aft of the ship, killing 11 and wounding 49.

“I thought right then, ‘Thank God I’m in this gun mount.’ If I’d have been top side the ship, I wouldn’t be here today,” Blake said.

Blake, 97, is a lifelong resident of the Stacyville area, growing up in the country on his family’s farm.

Blake attended the Stacyville Visitation School through 8th grade but pulled out to help his father on the farm.

In 1942, after the U.S. had decided to enter the War following the attack on Pearl Harbor, he decided to go into the Navy. 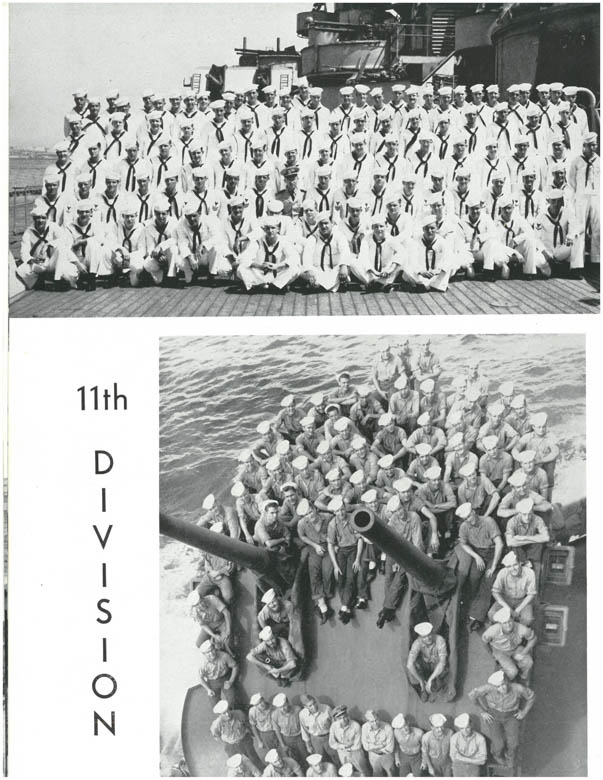 After boarding a bus in Osage, 52 boys who all signed up the same day traveled to the Great Lakes Naval Base in Illinois, where they spent the next month training.

From there, they were shipped to the Puget Sound Navy Ship Yard in Bremerton, WA, It was there Blake began working on the USS Nevada, which had been badly damaged in Pearl Harbor and sent to Puget Sound to be fixed up.

Aboard the ship, Blake’s sole duty was operating a 5-inch, .38 caliber gun mount.

“I stayed there for three years, and I was satisfied with that,” Blake said.

Eventually, the Nevada sailed off for the Aleutian Island of Attu.

“In San Francisco, they outfitted us for winter clothes and gave us pea coats. We thought, ‘We must be going somewhere cold.’”

The Battle of Attu, which took place in May 1943, was Blake’s first aboard the Nevada, and would prove to be the only battle of World War II fought on American soil (the Aleutian Islands belong to Alaska, which was an American territory at the time).

After the battle, the Nevada sailed to Long Beach, and then Norfolk, Virginia.

In June 1944, the ship took off for Normandy Beach for what we now know to be D-Day. The ship stationed itself on the Cherbourg Peninsula and fired round after round on to the beach.

The Nevada was the only ship present for both Pearl Harbor and D-Day.

Next, the ship went to Toulon in Southern France for Operation Dragoon.

“They told us, ‘There’s a target in Southern France that’s giving the boys some trouble. You better go down and take care of that…’ So we did,” Blake said.

Following Operation Dragoon, the boys sailed back to the States. On the way, Blake sent a telegram back home to his sweetheart Margaret, setting the date for their wedding, which took place in the fall of that year.

After the wedding, Blake returned with Margaret in tow to Norfolk, VA and then to Long Beach, where they stayed for one night before Blake left again and Margaret returned home.

The Nevada’s next involvement in battle would be in Iwo Jima, where it prepared the island for invasion by the American troops.

The ship then sailed to Okinawa, where the kamikaze plane attacked.

“When it was all over, they had all the bodies wrapped in white cloth, and even had the Japanese pilot wrapped in his own little packet,” Blake remembers.

Soon after, the U.S. dropped two bombs on Nagasaki and Hiroshima and the war was declared to be over.

After the war, Blake returned to north Iowa to join his wife and their daughter Trudy.

“It was a happy occasion since everybody turned out fine,” Blake said.

He spent the next years of his life raising his 9 daughters and farming outside of Stacyville.

Looking back on his time in the Navy, Blake said, “I wouldn’t trade it for anything. It’s a good feeling, like you accomplished something.”